The NAS class is identified with a single value. In this case, that however does not represent a sufficiently exhaustive picture of the status of the oil, the maximum value of the various sizes is taken into consideration.

Alternatively, standard ISO 4406 uses automatic particle counters that consist of three different scale levels that identify the differentiation of size and distribution of particles. The code is expressed in three values, that identify in the following order:

Classification class with the corresponding particle numbers for the definition of the cleanliness classes according to ISO 4406.

In the ISO class there are 30 different codes. Each code quantitatively identifies a minimum and a maximum of particles, of sizes exceeding those of reference, present in the fluid indicated (1 ml). The readout mode is shown below: 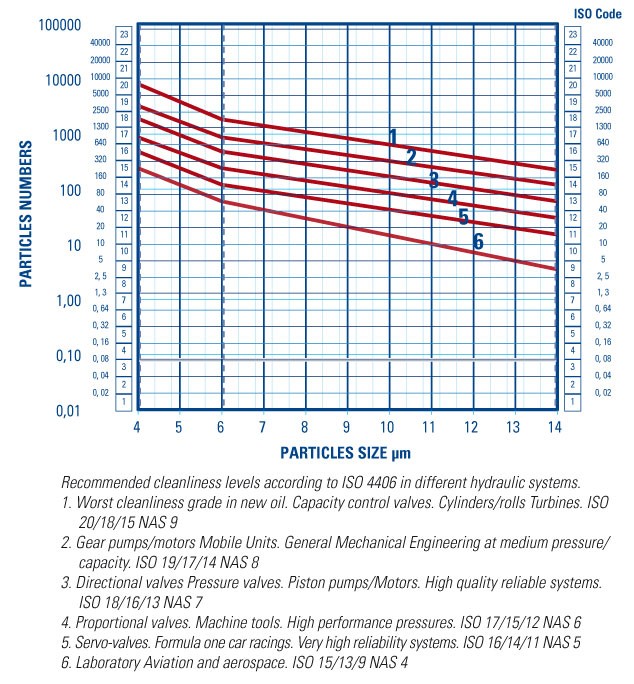 Assignment of the scale numbers in relation to the number of particles present: 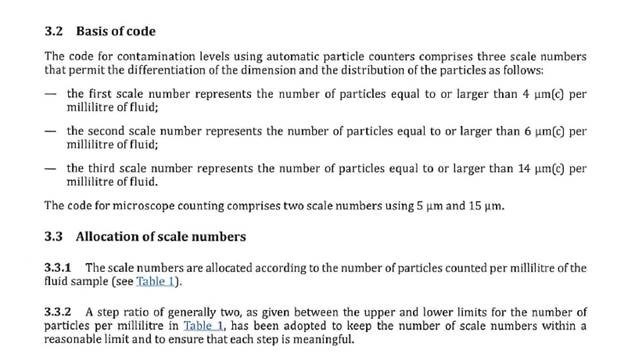 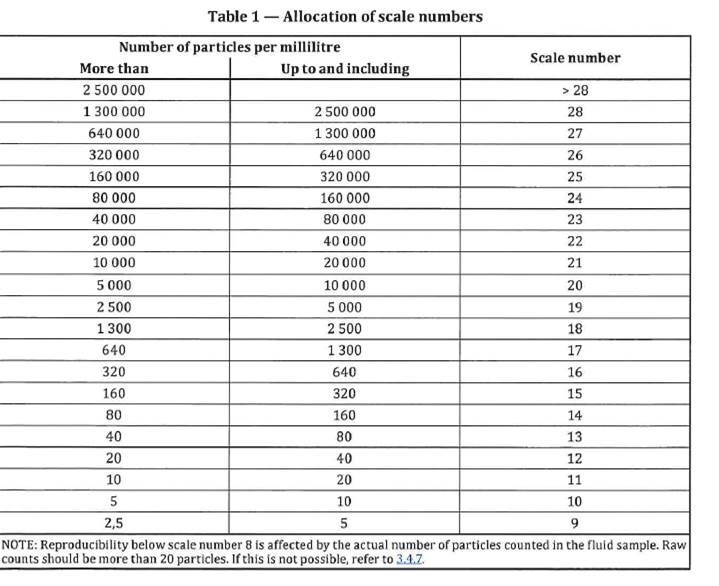